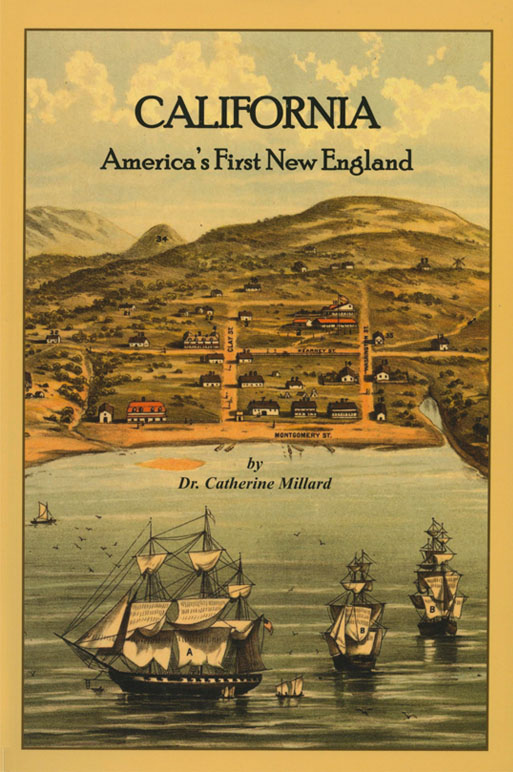 “The first New England did not begin at Jamestown or at Plymouth Rock, nor did it border on the Atlantic Ocean. It is claimed for Alta California and the North Pacific coast…It was on a June day in 1579…that Francis Drake sailed the Golden Hinde into “a conuenient and fit harborough” long believed to be what is known as Drake’s Bay, some thirty miles north of the Golden Gate. There he took formal possession of the land given to him by the great Hioh for Queen Elizabeth, naming it Nova (New) Albion. – Rockwell D. Hunt, Ph.D. – “dean of California historians.”

Who were the “Four Missionary Founders” laying the foundations for the 31st State to join the Union, and establishing the first Protestant churches in California, including the Christian College of California, Berkeley (named after Bishop Berkeley of Cloyne), which later became the University of California? They came on the California, first steamship to enter the Golden Gate, in 1849. This book proves, from California’s original hidden history, how “God’s rush” to the Pacific Coast preceded the official news of the discovery of gold.