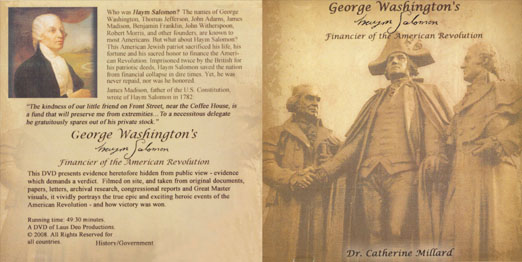 Who was Haym Salomon? The names of George Washington, Thomas Jefferson, John Adams, James Madison, Benjamin Franklin, John Witherapoon, Robert Morris, and other Founders, are known to most Americans. But what about Haym Salomon? This American Jewish patriot sacrificed his life, his fortune and his sacred honor to finance the American Revolution. Imprisoned twice by the British for his patriotic deeds, Haym Salomon saved the nation from financial collapse in dire times. Yet, he was never repaid, nor was he honored.

James Madison, father of the U.S.Constitution, wrote of Haym Salomon in 1782: “The kindness of our little friend on Front Street, near the Coffee House, is a fund that will preserve me from extremities… To a necessitous delegate he gratutiously spares out of his private stock.”