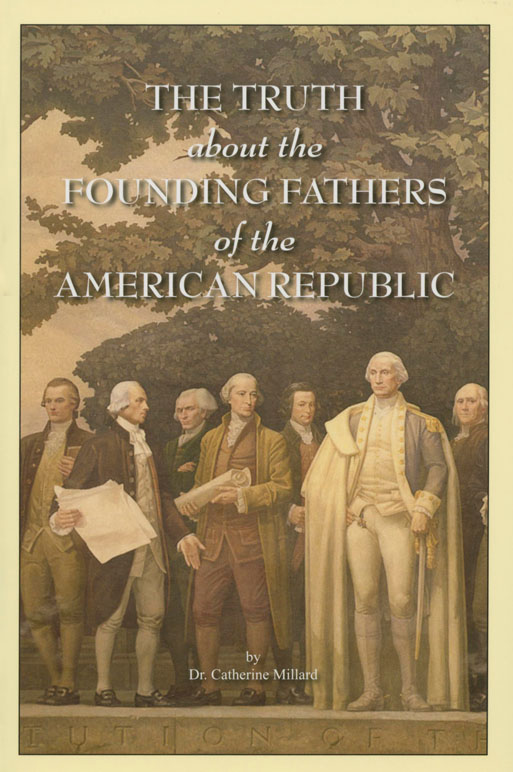 The Truth about the Founding Fathers of the American Republic

Is it true that George Washington and James Madison were Freemasons? Did Thomas Jefferson write his own bible?  Were Benjamin Franklin and John Adams deists?  Did the American founding fathers – signers of the Declaration of Independence and United States Constitution – base their philosophy and beliefs upon the European “Enlightenment,” and deism?

The general media, including modern-day textbook versions, and foremost national historic sites’ exhibits, have portrayed the founders of the American Republic in a revisionist, derogatory manner, alien to their true identity. George Washington wrote that he had “never presided over any (Freemasonic) Lodge in the United States,” and that he had been in one, “only once or twice in thirty years.”  James Madison stated, “I never was a Mason, and no one, perhaps, could be more a stranger to the principles, rites and fruits of the Institution.”  Thomas Jefferson did not “write his own bible,” but – a harmony of the teachings of Christ in four languages – which he never published, his family Bible (King James 1611 Authorized), being his own personal Bible, as shown in this book.  Benjamin Franklin, a member of Christ Church, Philadelphia, founded the College of Philadelphia, choosing as his first Provost a Minister of the Gospel.  John Adams drafted the 1780 Constitution of Massachusetts, which authorizes the legislature “to make provision for the support and maintenance of public Protestant teachers of piety, religion and morality.”  In 1775, Benjamin Franklin, with Benjamin Rush, M.D., founded the first Anti-Slavery Society, becoming its two early presidents. Benjamin Rush wrote “A Defense of the Use of the Bible in Schools,” in 1791.  The Founding fathers of America established a unique Republic, basing their philosophy and beliefs upon Scripture, which precludes the atheistic “Enlightenment” and deism.